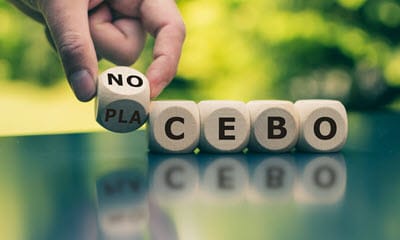 When it comes to modern medicine, it is common for the use of placebos to be used in pharmaceutical trials. However, should a physician ever prescribe placebos for particular conditions like chronic back pain or depression? This is the current debate among many healthcare professionals.

Researchers, in particular, believe that placebos are effective not just for pharmaceutical testing but for alleviating particular conditions. However, Chris Maher, a physical therapist and clinical researcher, expresses his concerns in a New York Times article about the potential consequences that relying on placebos for clinical purposes may cause for patients.

In a recent paper written for the Medical Journal of Australia, Dr. Maher argues that the medical community has become enamored with the idea that placebos are highly effective in clinical care, despite the fact that there is little evidence to prove their actual efficacy.

Dr. Maher declares that the research used to prove the efficacy of placebos contains significant flaws that exaggerate their strength and reliability. He fears that these errors will influence the medical community to rely on the use of placebos instead of treatments that have been proven to be effective. Dr. Maher believes that this increased reliance on placebos for clinical treatments will be bad for patients and bad for science.

How do medical professionals use placebos?

Whenever new drugs undergo clinical testing, two groups of participants with a particular health condition are given different types of remedies. One group receives the actual medication, while the other group receives the placebo. Some of the participants who receive the placebo experience what is known as the “placebo effect,” where a person expresses that they feel better.

According to the New York Times, past research has shown that placebos contain striking healing effects, even when patients are aware that they are taking placebos. In surveys, doctors have reported using placebos for patients with complex conditions that do not have a clear treatment.

One of the most historic clinical treatments measuring the efficacy of placebos was a series of trials conducted by Henry Beecher. Henry Beecher was an American anesthesiologist who administered a series of 15 trials measuring how effectively placebos alleviated pain. The trials revealed that out of 1,082 patients, 35 percent reported experiencing pain relief from the placebos.

Decades after Dr. Beecher’s experiment, researchers investigated the potential causes of the pain relief effects. Some believed that the effect was mostly psychological, while others argued that biological origins were the primary cause. Scientists revealed that a drug known as naloxone is partly responsible for preventing placebo effects. Because naloxone is a drug used for patients who overdose on opiates, scientists believe that the pain relief effect that some patients experience after taking placebos is a result of the activated opioid receptors in the central nervous system.

Why views on placebos are changing

Although the medical community embraced the effectiveness of placebos after Dr. Beecher’s trials, Dr. Maher’s view on the subject changed when two Danish researchers published a paper in the New England Journal of Medicine in 2001. The two doctors, Asbjorn Hrobjartsson and Peter C. Gotzsche, argued that medical studies exaggerated the effects of placebos.

They identified a significant flaw in the trials’ designs, which was that many researchers failed to compare the patients who took the placebos against patients who had not taken placebos. The two researchers argued that it was impossible to determine whether the placebo was working or some other factor, such as natural healing, was in effect.

Even worse, when they reviewed studies that did compare placebo groups to non-placebo groups, the researchers discovered that the placebo effect disappeared. Dr. Maher and another student received the same types of results when they replicated their study at the University of Sydney.

Much of the current research concerning the effectiveness of placebos has come from the Program in Placebo Studies and Therapeutic Encounter at Harvard Medical School. Ted Kaptchuk, the program’s director, has published several studies and written editorials about the therapeutic opportunities of open-label placebos. Dr. Maher finds this alarming, believing the effect of placebos is initiated through deception, creating an assumption of benefit for the patient’s mind. Even worse, he discovered that the alleged benefits of open-label placebos were based on the same errors highlighted by the Danish researchers in 2001.

You deserve the highest levels of care when you visit a hospital or emergency room. At Plaxen Adler Muncy, P.A., our medical malpractice attorneys advocate on your behalf when a negligent doctor or staff member has caused you serious harm. To schedule a free consultation at one of our nine offices throughout Maryland, please call 410-730-7737, or submit our contact form. If you cannot come to our office, we can make arrangements to meet with you.