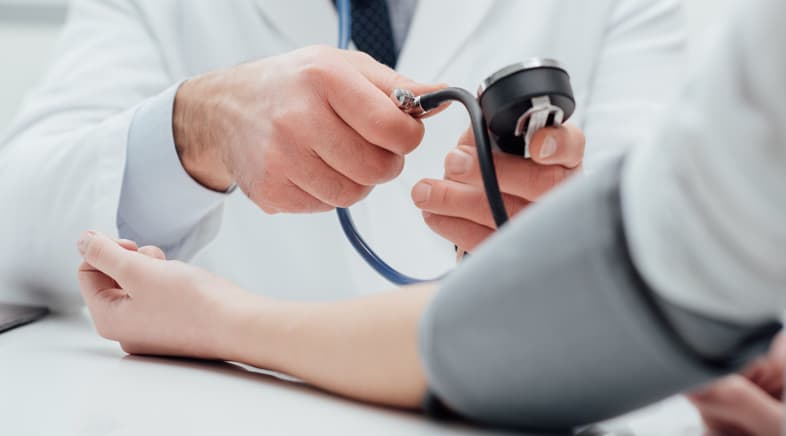 High blood pressure, or hypertension, is a serious health concern for millions of Americans. According to the National Institutes of Health, about 1 in 3 people in this country suffer with high blood pressure, which could eventually cause a stroke, heart disease or kidney failure. Many people control their hypertension by using medications like Benicar. But Benicar may cause more harm than good, as the drug has been linked to serious and potentially deadly intestinal conditions.

At Plaxen Adler Muncy, P.A. we fight on behalf of people throughout Maryland who were not warned about the hazardous side effects of Benicar and other dangerous drugs. As one of Maryland’s premier personal injury law firms, we have earned a reputation for aggressive strategies and thorough preparation in cases against large-scale manufacturers of defective products. If you or your loved took Benicar without knowing that it could harm you, we want to hear your story.

Benicar (olmesartan medoxomil) is prescribed for patients with high blood pressure to help ease those patients’ risks of heart and organ damage associated with the condition. Since high blood pressure occurs when your blood is trying too hard, so to speak, to move through the vessels, Benicar and its ilk –Benicar HCT, Azor and Tribenzor – work by forcing the blood vessels to remain open. It may be taken on its own, or a doctor could prescribe it as part of a drug regimen.

All medications pose some risk to patients, and in many cases Benicar can make you feel dizzy or cause you some joint or muscle discomfort. In serious cases, however, Benicar can cause potentially life-threatening problems including:

Benicar has also been linked to fetal toxicity, so pregnant women especially need careful monitoring if they took the drug at all during their pregnancy.

Sprue-like enteropathy is by far the most dangerous of the side effects linked to Benicar, because it is so often diagnosed and treated as an entirely different condition. In some cases it takes years to develop, and by the time a person realizes he or she is sick, that person is already malnourished and may be dangerously dehydrated from the chronic diarrhea the condition causes. People who develop sprue-like enteropathy may need to spend time in the hospital, and may suffer long-term effects from being treated for Celiac or for a gluten intolerance for so long, when in reality the Benicar caused their symptoms and discomfort for years.

Benicar has been on the market since 2002, but the FDA did not require a black box warning for the drug until 2013. That means that the makers of Benicar failed to warn consumers of its potentially deadly effects for 11 years – and even then, only did so because the FDA forced them to do so. Furthermore, some Benicar users lived with the side effects for years, even though most patients stop experiencing the symptoms within days of stopping the medication. Because Benicar’s symptoms are so similar to Celiac disease, many people may have been exposed to additional – and unnecessary – medical treatments and drugs to fight a disease they did not have.

At Plaxen Adler Muncy, P.A., we fight on behalf of those whose families have suffered significant harm because of the actions of Benicar’s manufacturer Daiichi Sankyo, Inc. Our experienced products liability lawyers hold responsible parties accountable for their role in your pain and suffering, for your lost days of income and for your mounting medical bills. If you took Benicar to control your hypertension and ended up in a Maryland hospital or emergency room because of it, we want to fight on your behalf.

At Plaxen Adler Muncy, P.A. we are your advocate in the courtroom and out. We do not settle for less than you deserve. To make an appointment with a dedicated Maryland personal injury attorney, please call 410-730-7737 or contact us online. We maintain multiple office locations throughout the state, so we are close by when you need us most.