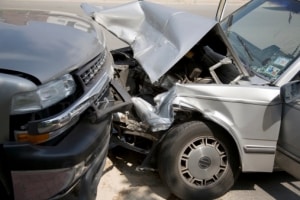 If you have ever witnessed a head-on crash between two vehicles, it is not a sight that you are likely to be able to get out of your mind. When two powerful vehicles traveling in opposite directions collide, the outcome is usually catastrophic. The larger the vehicles and the greater the rate of speed each was traveling on impact, the more serious the crash and the most likely there is to be fatalities.

On Friday, September 29, a teenager died when tragic head-on crash occurred in Greenville. The young man who was killed was driving a Jeep with is sister in the passenger seat traveling on Kennett Pike, north of Hillside Road when, according to a story on WDEL.com, his vehicle crossed the center line and crashed head-on with an Audi. His passenger was flown to a hospital in serious condition, and the driver of the Audi was hurt, but his injuries were not life-threatening. The accident happened in daylight at 7:30 am on a Friday morning probably before school. The cause of the crash is yet unknown, but crashes such as this illustrate how quickly tragedy can strike when you take your attention away from the task of driving even for a few seconds.

Head-on crashes are more likely to occur on roadways where there is no median dividing the lanes of travel that are going in different directions. However, they can also occur when a vehicle in one lane crosses the median and strikes an oncoming car. Other factors that can lead to head-on crashes include a driver distracted by their phone, reaching for something inside the vehicle, drunk or drugged driving or, a serious medical emergency occurring for one of the drivers.

Another common cause of head-on collisions involves drivers going the wrong way on a one-way road, such as an exit or entrance ramp off the highway. Wrong way collisions have a higher fatality rate than most highway accidents (12 to 27 times more fatal, in fact). In some cases, a third party may be held liable for your injuries if you are hit by a wrong-way driver, or if you are the one traveling in the incorrect lane.

Although relatively rare, when they occur, head-on collisions account for about ten percent of traffic fatalities. The injuries that occur in a head-on collision are also likely to be devastating because of the high level of inertia present when two moving vehicles traveling in opposite directions collide.

Some of the common injuries that can occur in head-on crashes include:

For more than 30 years, Plaxen & Adler, P.A. has fought on behalf of car crash victims throughout Maryland. If you or your loved one was injured in a head-on collision, we want to help. Please call 410-730-7737 or fill out our contact form to schedule a free initial consultation with a member of our team.