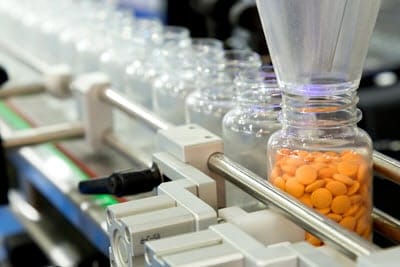 We trust our doctors to make decisions about our health that can have long-lasting consequences. It is reasonable to assume that doctors intend to help and heal people who are sick and wounded. However, after the long and rigorous years of medical school and in many cases accumulated student debt, most doctors also want their practice to be profitable.

Dr. Erika Schwartz, chief medical officer at the Age Management Institute in New York City, in an interview with Newsmax Health, offers a stark picture of how pharmaceutical companies are influencing doctors in a manner that is not often beneficial to the patient.

“Every patient wants to believe that his or her doctor, who spent decades absorbing masses of knowledge about the human body, is here to administer their miracle cure. Nothing could be further from the truth.”

In 2015, nearly 50 percent percent of the nation’s doctors fostered a very close relationship with the pharmaceutical industry, according to a recently published Journal of the American Medical Association report.

Of the nearly one million doctors in the U.S., some 48 percent received some financial benefit from the industry ­– to the tune of $2.4 billion. Of the more than 10 million individual payments made with this money, $1.8 billion was dispersed to individual doctors in the form of free dinners and speaking fees. In particular, surgeons were often found with theirs hand in the pot: some 61 percent of surgeons, compared to 47 percent of primary care physicians, took payments from pharmaceutical industry sources.

The cozy relationship between drug companies and doctors is often illegal and unethical. Between 2007 and 2010, a number of pharmaceutical companies were fined for participating in unlawful activities with doctors. Some of the more notable examples include:

In comparison to the huge profits these drug companies make each year, these fines barely represent a slap on the wrist.

In addition to paying doctors in order to exert influence on their practices and decisions related to particular pharmaceuticals, according to Dr. Schwartz, “Big Pharma outspends all other industries in lobbying the U.S. government and the FDA.” Over nearly a 15-year period between 1998 and 2013,

How the influence starts

Big Pharma begins to exert influence on doctors before they actually become doctors – in medical school. Much of the research used by professors is sponsored by these pharmaceutical giants, and the influence that begins in college medical classes can extend throughout the duration of a physician’s or surgeon’s career.

As Dr. Schwartz cohesively summarizes the powerful influencing effect: “The entire body of information given to and absorbed by medical students is filtered through fifty years of political maneuvering and corruption by special interests.” The medical professionals often need to accept the findings of drug manufacturers because no other research exists. These are self-serving studies that sometimes contain a great deal of inaccuracy or just plain fraud.

At Plaxen Adler Muncy, P.A., we have stood up for Maryland injury victims for more than 35 years. When pharmaceutical companies put their profits ahead of people, we are there to fight on your behalf. To schedule a free consultation with an attorney from our firm, please call 410-730-7737 or fill out our contact form.