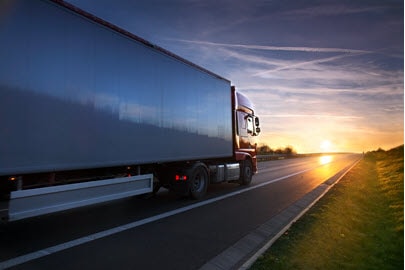 In early February, the National Transportation Safety Board (NTSB) reported their findings into two 2016 and 2017 New York City-area train crashes. The crashes, which killed one and injured hundreds of others, happened in Hoboken and Brooklyn. The NTSB investigators found that both engineers suffered from obstructive sleep apnea (OSA), a condition that disrupts sleep during the night and causes drowsiness during the day. They believe this sleep disorder is what caused both operators to nod off as they pulled into their stations, causing them to accelerate as they entered and crash through the bumping posts at the end of the tracks.

What does this have to do with truck accidents? After these tragic rail accidents, the U.S. Transportation Department drafted a regulation requiring both railroad and trucking companies to test their employees for sleep apnea if any symptoms were observed in their drivers. However, under President Donald Trump, federal officials have withdrawn this regulation, drawing concern from lawmakers.

Pro-regulation lawmakers believe sleep apnea testing for truckers could reduce deadly highway crashes – like the 2014 crash that injured comedian Tracy Morgan and killed one of his friends. (Investigators later reported truck driver fatigue contributed to the accident. The driver of the truck that hit Morgan’s vehicle hadn’t slept for 28 hours.) Anti-regulation lawmakers and lobbyists believe mandatory testing is invasive and should be left up to individual companies.

Currently, there have been no changes to the obstructive sleep apnea testing process. As of this writing, the Department of Transportation (DOT) doesn’t require sleep apnea testing for its drivers. They do require all drivers receive a medical examination in order to get their commercial driving license; however, it’s up to the discretion of the particular doctor to decide if the driver needs to be tested for OSA. So there is no federal mandatory sleep apnea screening for all truck drivers.

What is sleep apnea and why is it so dangerous?

A study by the Federal Motor Carrier Safety Administration (FMCSA) found that nearly 30% of truck drivers have mild to severe sleep apnea.

Sleep apnea is a breathing disorder that causes interruptions in breathing during sleep. For some people, this can happen up to 30 times per hour, which adds up to hundreds of incidents per night where the person stops breathing. This inhibited breathing results in interrupted, disrupted sleep. Sufferers of sleep apnea never get a full, rested night of sleep, so they experience bouts of drowsiness during the day. As we are all aware, drowsy driving is extremely dangerous—and drowsy driving behind the wheel of a tractor-trailer can end in catastrophic accidents.

Sleep apnea affects driving in many, dangerous ways. When someone is drowsy during the day, their alertness and task performance is affected. They may have trouble keeping their eyes focused, staying awake behind the wheel, or reacting quickly to changing traffic conditions. It’s important to remember that a driver doesn’t have to actually fall asleep to have a truck accident—a lack of alertness is enough.

If you or a loved one were injured in a Maryland truck accident, Plaxen Adler Muncy, P.A. works to find out if your injuries could have been prevented. Our attorneys hold negligent drivers and trucking companies responsible for their actions. We’ll fight to get you the compensation you deserve. To learn more, or to schedule a free consultation, please call 410-730-7737 or fill out our contact form.

Learn about the Tracy Morgan case:

The Pros and Cons of Truck “Platooning”