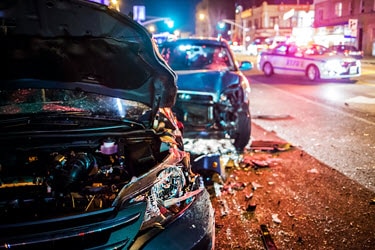 On early Saturday morning March 24, 2018, a 23-year-old Maryland man lost his life when the Subaru he was driving collided with a traffic signal pole in the Reston area, according to police. The young man was the lone occupant of the car at the time of the crash. Investigators believe the cause of the crash was speeding. According to the report, the driver was traveling eastbound on Baron Cameron Avenue near Hunter Mill Road when he overcorrected after one of his tires veered off the road. The vehicle subsequently crossed multiple traffic lanes and a median crashing into a traffic signal pole. He was pronounced deceased at a local hospital.

If you have incurred injuries in a Maryland car accident in which speed was a major or contributing factor, it’s important for your attorney to determine how fast one or more vehicles involved in the crash were traveling. This can be determined through the accumulation of evidence in various ways.

In certain cases, an eyewitness to the event may have the ability to provide an approximate estimate of the vehicle speed. For instance, if the witness has a solid estimate of the time it took for a car to travel between point A and point B, or through an intersection, that time may be useful in calculating an estimated speed.

Testimony from eyewitnesses may be useful in many cases. However, even more reliable evidence can be retrieved from technological instruments such as traffic cameras and video surveillance recordings. Traffic cameras are often installed at multiple intersections. Many businesses also have security cameras pointing away from the building toward the roadway. Any one of these surveillance tools can potentially capture an auto collision, and the subsequent data may help estimate vehicle speed.

Some late-model vehicles also have technology akin to an airplane’s “black box” which can record information such as:

As well, one or more of the involved vehicles may have a dash cam installed that recorded video of the incident. One or more eyewitnesses to the crash may have recorded the incident on video with their cell phone. Any of these pieces of evidence, or all of them put together may help investigators determine vehicle velocity at the time of the crash.

Attorneys for both plaintiffs and defendants may decide to hire an accident reconstruction expert to help understand what occurred leading up to the collision. These professionals are highly trained in the science of car collisions and utilize disciplines such as physics to come to educated conclusions about the events they investigate. They can re-create circumstances and actions that lead up to a crash. Many times they can determine speed from evidence such as:

Experienced car crash attorneys are able to use the strategies mentioned above to determine the key criterion of speed which plays a significant role in many collisions. The results can be used to demonstrate the negligence or recklessness of another party.

If you or a loved one is recovering from a recent vehicle crash and you need to know your options going forward for possible compensation, we can help. You can count on the premier law firm of Plaxen Adler Muncy, P.A. to thoroughly investigate your crash and take the steps necessary to ensure you recover any compensation you are owed for your losses. To request a free case evaluation with an experienced Maryland car accident lawyer, send us a message through our contact form or call us today at 410-730-7737.