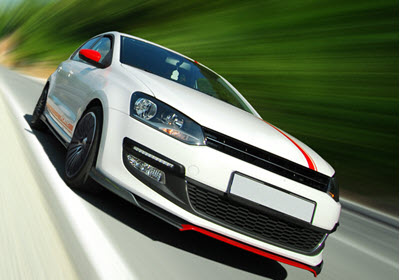 The Interstate Driver’s License Compact, also referred to as the Driver’s License Compact (DLC), is a contract among 45 states and the Washington D.C. in which the states are obligated to share certain information related to traffic offenses. These offenses may include DUI/DWI, reckless driving, and others. The states are supposed to send information and reports to each other about any incidents and suspensions related to non-resident offenders. The violator’s home state, in turn, is obligated to pursue justice against the offender as if the offense occurred in the offender’s home state, according to the applicable laws of the state.

Investigative journalists working in conjunction with the Boston Globe, as explained in a short-form documentary, Blind Spot, along with written information from the publication itself, have discovered numerous drivers have lost their licenses in one state, but were permitted to retain them in another state. The reasons for this involve problems or loopholes in the interstate DLC arrangement which make this possible.

Many states in the Compact retain inaccurate records of offenders’ hazardous driving activities. The investigation revealed that 13 of the states plus D.C. suffered from extensive backlogs of undocumented out-of-state violations and notices. Several of the states actually stopped mailing notices to other states, but continued to accept information about their home state offenders in other states.

Another problem involves drivers of DLC member states committing traffic offenses in non-DLC member states. Many drivers in this category have reapplied for licenses in other states or their own state. Some have subsequently caused car accidents which have taken lives. Non-participating states are currently Michigan, Wisconsin, Tennessee, Georgia, and Massachusetts.

A third problem concerns the differences between the traffic and motor vehicle laws throughout member states. These differences result in inadequate and incomplete records of driving offenses by some of the worst offenders. Because of this issue, there is difficulty in transferring information about traffic offenses to the home state of the offender. The home state of the offender may only penalize one of its drivers for an out-of-state violation if the home state has the same legal statute based on the driver’s charge.

To sum everything up, the Boston Globe reports that about 1 in 10 drivers arrested or cited for a dangerous driving action in another state, are not recorded in their home state as having committed those offenses. The holes in the system may eventually be filled by the establishment of federal rules that make these offenses in other states enforceable. Until then, it seems that many dangerous drivers will continue to slip through the cracks in the system.

If you have been the victim of a car crash as a result of another driver’s negligent activity, you deserve to obtain the financial compensation needed for medical costs and loss of income associated with your injuries. Our experienced Maryland car accident attorneys at Plaxen Adler Muncy, P.A. are here to help. To schedule a free case review, give us a call today at 410.730.7737 or complete our contact form.