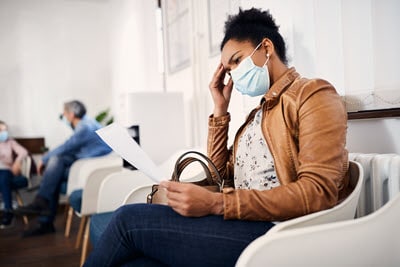 Have you ever wondered how two patients with the same condition can receive different forms of treatment? Well, one of the reasons for this phenomenon could be the race-based algorithms that hospitals and emergency rooms use. Race-based algorithms are a technique that the medical community has used for decades to determine what treatment plan the patient will receive, based on their race.

With racial disparities in the health industry becoming a national concern, researchers are studying why, how, and when race is used for diagnostic purposes. The Maryland medical malpractice attorneys at Plaxen Adler Muncy discuss this algorithm in today’s blog.

One example of the race-based algorithm in full effect happened to Uchenna Ndubisi, a resident of Prince George’s County. Ndubisi was alarmed when she noticed a race-based question asked on a diagnostic test to determine how well her kidneys were functioning. She could not understand what her race had to do with how lupus was affecting her body, telling the Washington Post, “It’s being Black in America. Another reminder . . . that there’s hurdles into health care for African Americans in this country.”

How do these race-based assumptions affect the treatment of Black patients?

Per the Washington Post, researchers have discovered that nearly 720,000 Black patients in America are being robbed of the opportunity to receive earlier treatment for kidney disease. If the race-based algorithm was removed from diagnostic tests, these patients would be able to receive the treatment that they deserve in a timely manner.

The current equation depends on the levels of creatinine in the blood, based on factors such as age, gender, and whether the patient is African-American or non-African-American. Susan E. Quaggin, the president of the American Society of Nephrology, stated that the race modifier was an indication that the patient’s kidney function was better, leading to the patient being listed at a later time for a kidney transplant.

Ending the use of race-based algorithms in medicine

The University of Maryland Medical System and the University of Maryland School of Medicine announced last month that their programs will stop using race-based algorithms to determine kidney function. The decision by the organizations came after September 2021 recommendations by a task force created by the National Kidney Foundation and the American Society of Nephrology.

This task force was created to reassess the issue of race in diagnosing kidney disease. The panel suggested that all healthcare organizations adopt a race-free approach towards the diagnosis of kidney disease. The University of Maryland Medical System and the University of Maryland School of Medicine are joining a small yet growing group of health organizations that are taking the recommendation seriously.

The conversation concerning whether to change the race-based algorithm within the medical community was first sparked by medical students five years ago who questioned the effectiveness of race on medical tests. Paul Palevsky, the president of the National Kidney Foundation, stated that the inclusion of race in the algorithm sent the wrong message. He tells the Washington Post that “Race is a social construct; it is not a biological element of health or disease.”

Shortly after, the National Kidney Foundation and the American Society of Nephrology collaborated to form a task force with the intention of revisiting the use of race in diagnosing kidney disease. Although the National Kidney Foundation is not keeping track of the hospital organizations making the change, the organization is collaborating with larger laboratories to enforce the new algorithm.

When will the new algorithm go into effect?

The new algorithm will go into effect starting in January. Stephen Seliger, the nephrologist at the University of Maryland Medical Center and an associate professor at the University of Maryland School of Medicine, is currently collaborating with a group to incorporate the change into the medical system. He wants to make sure that there are no unintended consequences associated with the new algorithm.

There is some research that challenges whether the removal of the race-based algorithm will lead to patients not receiving the proper medicines. Patients may receive medicines that their kidneys cannot handle based on the diagnoses. Seliger notes that they will work responsibly to “take race out of the equation.”

Our legal team has extensive experience litigating aggressively on behalf of our personal injury clients. If you or someone you love suffered injuries because of medical malpractice, call the Maryland medical malpractice attorneys of Plaxen Adler Muncy at 410-730-7737, or submit our contact form. We serve clients throughout the state, and if requested, we are available to meet you at your home or at the hospital.