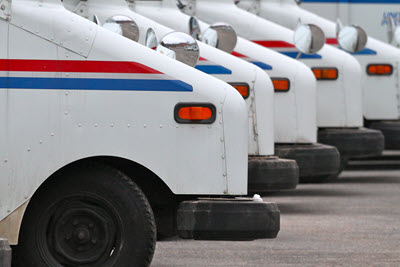 When you are injured in a car accident with another driver, you can file a claim with that driver’s insurance company for the damages you sustained. If the insurance company refuses to pay, or if you suffered severe injuries, you may need to file a lawsuit in order to recover losses for your medical bills, your pain and suffering, and your lost wages.

The “rules” change, however, when that accident involves a federal government worker or agency. In 1946, Congress established the Federal Tort Claims Act. This federal legislation was established to provide a legal remedy for individuals that have suffered personal injury, property loss, or death due to the negligent actions of an employee of the federal government. Under the Federal Tort Claims Act (FTCA), there are specific types of lawsuits that individuals can file against a federal government entity or federal employee who have acted in a negligent manner.

Can I file an injury claim under the Federal Tort Claims Act?

One of the first procedures when filing a lawsuit under the FTCA is determining whether your lawsuit applies to federal legislation. If your lawsuit is not specifically allowed under the FTCA, you will be prohibited from filing it. The FTCA allows individuals who were injured from the negligent or wrongful actions of a government employee to be financially compensated for their losses. The law of the state where the negligent action occurred must also allow the claim.

The next procedure involves filing an administrative claim. This claim must be filed with the federal agency that is responsible for the negligent action, and must be filed typically within two years of the incident. Agencies may attempt to dismiss the claim on the grounds that it was filed past the statute of limitations. Even though the federal government provides a check-the-box claim form for individuals, it would be best for plaintiffs to obtain a Maryland personal injury attorney to assist with filing claims against the government.

What are some common examples of FTCA claims?

Let’s assume that you were involved in a car accident with a federal employee while the employee was performing their job, such as a U.S. postal worker. This happens more often than you might think. According the United States Postal Service (USPS), there were 29,000 vehicle accidents involving postal trucks in 2019 – a number that may have risen given the increased amount of online shopping during the pandemic. Under the FTCA, you can sue the federal government and hold them liable for your damages if it is proven that the federal employee acted in a negligent manner and caused the accident.

Another example of filing a personal injury claim under the FTCA is being injured on federal government property. If you had a slip and fall accident at the United States Department of Justice, for example, you can file a claim under the FTCA and hold the agency liable under premises liability. For example, in 2016, a man named William Gibson successfully pursued damages when he was injured after falling from a mobile home provided by the Federal Emergency Management Agency (FEMA).

In both Gibson’s case, and in cases involving postal trucks, the defendant in such a lawsuit is a federal agency. As in all personal injury claims, you would have to prove that your injuries occurred due to a federal employee’s negligence.

Are there any exceptions to the FTCA?

One of the exceptions to filing a claim under the FTCA is for independent contractors that are hired by the federal government. Independent contractors cannot file claims against the federal government unless they can prove they were treated like an employee. Negligent actions that fall outside the scope of employment cannot be covered under the FTCA.

What is the process for filing a claim under the FTCA?

The agency has the option to either agree to your claim and pay a portion or all of your damages, or refuse to pay the amount that you believe you are entitled to. If they deny, or do not adjudicate, your claim within six months, you may file a request for reconsideration or file a lawsuit in U.S. District Court.

If you were injured due to the actions of a government employee, the Maryland personal injury attorneys at Plaxen Adler Muncy, P.A. can help. We understand how to hold federal entities accountable under the Federal Tort Claims Act. To schedule an appointment, call 410-730-7737 or submit our contact form today.