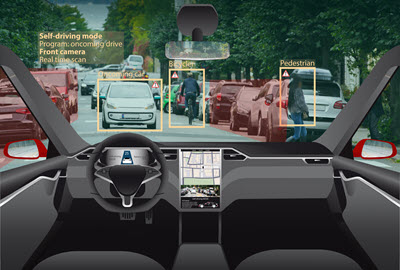 Many people entertain the idea of using an autonomous vehicle in the future. However, Congress and other lawmakers are concerned about the legal ramifications of autonomous vehicles, mainly about the safety of humans if a driverless car is involved in a car accident.

Fortunately, the National Highway Traffic Safety Administration (NHTSA) has issued a unique rule that makes the safety of human occupants in autonomous vehicles mandatory. The rule has led to updates in the Federal Motor Vehicle Safety Standards for occupant protection.

The NHTSA’s recent rule declares that regardless of the innovative designs of these cars and trucks, autonomous vehicles must provide and maintain the same high standards of occupant protection as traditional vehicles. This new rule comes on the heels of changes made last year by the NHTSA regarding vehicles with automated driving systems (ADS), and applies to all vehicles without manual control systems. Per the NHTSA:

In addition, NHTSA initiated rulemaking last year to set safety standards for automatic emergency braking, a driver-assistance technology that can help avoid crashes with other road users, including pedestrians.

“The need to keep the humans safe remains the same and must be integrated from the beginning,”, NHTSA’s Deputy Administrator Dr. Steven Cliff said about the new rule. “With this rule, we ensure that manufacturers put safety first.”.

If you are injured in an accident with an autonomous vehicle, you may feel just as overwhelmed as you would in a traditional car accident. The only issue is that you may not know who to hold liable for your injuries. In a traditional car accident, the other driver is usually liable for your injuries in the event of a crash. But what happens when there is no “driver”?

Liability may also depend on the level of automation. For example, if a vehicle is ADS-equipped but still requires a human in the car in case of an emergency, then that person may be liable for your injuries. If the collision involved a “test” vehicle – a fully-autonomous car being tested on city roads – you may have to file a claim against the company performing the tests or even against the city itself. Liability is a complicated issue; one of our Maryland car accident attorneys can help.

If you or your loved one have sustained injuries in an accident involving an autonomous vehicle, seek the counsel of an experienced Maryland car accident attorney at Plaxen Adler Muncy, PA. We have the necessary expertise to help you receive the compensation that you are entitled to. Call us today at 410-730-7737, or fill out our contact form to schedule a free consultation. We have offices throughout the state of Maryland.