For many women, the joys of motherhood start off with some less-than-joyful experiences during pregnancy: morning sickness is one of those experiences. Many expectant mothers have been prescribed Zofran for their nausea. A new 2014 study in American Journal of Obstetrics and Gynecology has found links between the anti-nausea drug and babies with birth defects. 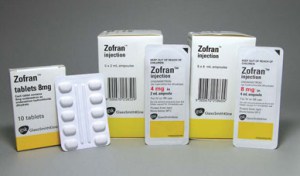 Zofran is the brand-name of the drug ondansetron, an anti-nausea medication approved for cancer and surgical patients. Zofran blocks the release of serotonin, which can lead to feelings of queasiness. However, the drug was never approved for use in helping pregnant women with their morning sickness. GlaxoSmithKline, the makers of Zofran, made the decision to market the drug to doctors for the “off label” use of treating morning sickness.

What does the study say about the anti-nausea medication and birth defects?

Dr. Gideon Koren of The Motherisk Program, The Hospital for Sick Children and University of Toronto, Toronto, ON, led the study and looked at data collected over the course of 13 years from 900,000 women. Dr. Koren’s study claims:

Do you have grounds for a lawsuit?

In 2012, GlaxoSmithKline paid a settlement of $3 billion to the U.S. government for marketing its drugs for off-label uses. (They are not the only manufacturer to have done so, and they will surely not be the last.) However, that settlement is not the same as a lawsuit against the company for any injury you have suffered or any birth defect your child has because you took Zofran. Along with cleft palate, the drug has also been linked to many other conditions.

Families around the country have started bringing medical liability lawsuits against GlaxoSmithKline because their children suffer with birth defects that may be linked to the mother’s use of Zofran.

If your child was born with a birth defect and you or your spouse was taking Zofran during the first trimester of the pregnancy, you may be entitled to compensation. The attorneys of Plaxen Adler Muncy, P.A. offer Maryland personal injury and medical malpractice victims comprehensive care and support. Please contact our office to schedule an appointment with a skilled Maryland Zofran attorney today.