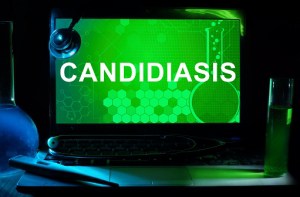 The Food & Drug Administration is looking into a Danish study, published in the Journal of the American Medical Association that found an association between the use of oral fluconazole (the generic name for Diflucan) and the “risk of spontaneous abortion and stillbirth.” The current warning on the drug says it is safe for women who take one dose of 150mg, but “high doses of oral fluconazole (400 mg to 800 mg/day) taken by pregnant women for much longer than a single dose have resulted in reports of abnormalities at birth,” according to an article on the Modern Medicine Network. The study itself found that most women took one or two doses of the approved 150mg.

Diflucan is a popular medication used to treat yeast and fungal infections. Doctors often prescribe it to women suffering with:

According to the FDA, “It is also used to treat a fungal infection of the brain and spinal cord called cryptococcal meningitis that most often affects people with weakened immune systems, and used to prevent yeast infections that can spread to the rest of the body in cancer patients who have a weakened immune system.”

What the study found

Diflucan is recognized by the FDA for its potential risks of birth injuries, including cleft palate and brachycephaly. This has led to a Category D classification, the second most severe label offered by the FDA in regards to risks to a pregnant woman or her baby. The study, however, shows that there are additional risks to taking the medication. The Birth Injury Guide reports that women who took Diflucan or its generic version during the first 6 months of their pregnancy “may be as much as 50 percent more likely to suffer a miscarriage” as women who were not exposed to the drug. It also found that women exposed to the drug were more likely to experience a spontaneous abortion or a stillbirth than women who were unexposed.

These findings are critical. Pregnant women often develop yeast infections as a result of the hormonal changes. While most infections can be treated with OTC medications, severe cases are usually treated with Diflucan. The findings of this study could prevent hundreds, maybe thousands of women from the tragic loss of their babies.

Plaxen Adler Muncy, P.A. is a premier personal injury law firm in Maryland. For more than 35 years, our Maryland dangerous drug lawyers have fought on behalf of the injured. If you have suffered an injury or illness because of a dangerous drug, please call 410-730-7737 or fill out our contact form to reserve a free consultation time with a member of our team.

The Dangers of Umbilical Cord Accidents