Michael Bloomberg is the former Mayor of New York; he even considered running for President. He is also a businessman, running a Fortune 500 company that markets itself as “the global business and financial information and news leader, giv[ing] influential decision makers a critical edge by connecting them to a dynamic network of information, people and ideas.” He is a graduate and a long-time supporter of Johns Hopkins, and the University rechristened their School of Hygiene and Public Health as the Johns Hopkins Bloomberg School of Public Health in 2001. 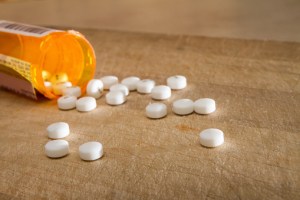 It is to this institution that Michael Bloomberg gave $300 million – the largest donation ever made to the school – for the purpose of studying domestic health challenges. The Baltimore Sun reports “The $300 million is to fund new faculty positions and fellowships, research and scholarships as part of the Bloomberg American Health Initiative,” which targets the following public health problems:

We have looked into some of these issues ourselves, such as the Flint water crisis, but it is drug addiction that we want to discuss today; namely, the problem this country has with opioid addiction.

This affects another issue on Bloomberg’s list: adolescent health. In 2014, children between the ages of 12 and 17 made up a large proportion of opioid users: 467,000 used the drugs recreationally, and 168,000 are addicted to them. The U.S. Department of Health & Human Services has officially labeled this an epidemic, and offers a variety of resources for health professionals on its website.

Who is to blame the opioid problem in this country?

The “gut reaction” of most people is to blame the doctors: after all, they are the ones prescribing the drugs. We see stories about doctors prescribing literally tens of thousands of pain pills to patients, getting them hopelessly addicted.

This is not the norm, however. Most doctors are wary of prescribing pain pills – especially such addictive ones. Besides, heroin is also an opioid, and certainly no doctor is prescribing that to injured patients.

One doctor indicates the Joint Commission on Accreditation of Healthcare Organizations is at the root of the issue, because they put such emphasis on pain management. The JCAHO denies responsibility, claiming its standards for pain management have never mandated the use of drugs.

Bloomberg’s gift to Johns Hopkins may finally give us an answer to that, but ultimately, it may not matter. What does matter is that people who are addicted to opioids – whether prescribed or purchased illegally – get the actual help they need. Drugs like OxyContin or oxycodone are supposed to help people in debilitating, crippling pain. These are people with life-threatening illnesses, or who have survived horrific auto accidents or work injuries: the types of people we help every day. We have a vested interest in seeing this problem resolved and this epidemic put to rest, for the good of our clients in Maryland.

Michael Bloomberg’s extraordinary donation could make a real difference in this country in helping people with addiction problems. We certainly hope it does.

Plaxen Adler Muncy, P.A. is a premier personal injury law firm in Maryland. To learn more about our services, or to work with an experienced Maryland dangerous drug attorney, please call 410-730-7737, or fill out our contact form.