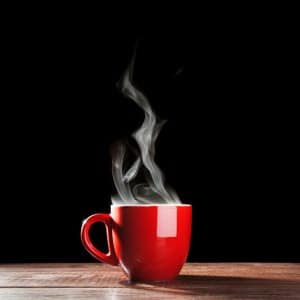 In 1992, a 79-year-old woman named Stella Liebeck was sitting in the passenger seat of her grandson’s stopped car, ready to add some cream and sugar to her McDonald’s coffee. She put the Styrofoam cup between her knees and pulled the lid off; the coffee dumped into her lap, scalding her inner thighs. The burns she suffered required skin grafts.

Ms. Liebeck brought a claim for compensation against McDonald’s. She asked for $20,000, more than half of which was for her medical expenses. McDonald’s countered with a settlement offer of $800. So Ms. Liebeck put her Constitutional rights to use, and went to court in August of 1994. She won, and the jury awarded her $200,000 in compensatory damages, which would cover her medical bills, her attorneys’ fees, and even her daughter’s loss of income. This was lowered to $160,000 because New Mexico, where the injury occurred, is a comparative negligence state: as Ms. Liebeck was found to be 20% responsible for her injuries, she was only entitled to 80% of the entire award.

Then the jury, outraged at the behavior of McDonald’s (more on that to come) awarded Ms. Liebeck $2.7 million in punitive damages – damages specifically awarded to punish a defendant for malicious or negligent conduct. Ms. Liebeck did not sue for millions of dollars; her jury decided that McDonald’s needed to be taught a lesson about their practices and behaviors, and punished them with a multimillion-dollar award for the plaintiff.

Because the case has been misunderstood, personal injury victims have paid the price ever since.

A “callous disregard for the safety of the people,” said the judge presiding over the case

To recap: a multibillion-dollar global corporation is aware that it sells a product which poses a threat to consumers, and chooses to continue to sell that product without any warnings. A 79-year-old woman is critically injured because of it, asks only for restitution for her expenses, and is offered an insulting $800. A jury hears the case, finds for the plaintiff and punishes that global corporation with an award that equates to approximately two days’ worth of sales of that product.

And in the end, that corporation comes out smelling like a rose, and the name of the victim, Stella Liebeck, becomes a punch line on late night television, and synonymous with frivolous lawsuits and runaway jury verdicts. For the last 22 years, victims have faced an uphill battle in a court of law to obtain compensation for their very real injuries, their very real loss of pay, their very real medical expenses and daily bills and, in some cases, their very real, constant pain. Even the 2011 documentary Hot Coffee, which detailed the case, has done little to sway many people – including legislators convinced that what we all really need is more tort reform – towards the truth.

Cases like these are part of what motivates us to fight for our clients and for justice. We know what the people we help are up against, and we take on those challenges day after day after day, because it is the right thing to do.

If you haven’t seen Hot Coffee, we highly recommend it. If you need a skilled Baltimore personal injury attorney, we hope you’ll reach out to us. Plaxen Adler Muncy, P.A. has upheld the rights of injury victims in Maryland for more than 35 years. Please call 410-730-7737 or fill out our contact form to find out more about our services.

We Can All Learn from Tori Spelling’s Lawsuit against Benihana

Chronic Pain Is a Catastrophic Injury

The Link Between Burn Injuries and PTSD